Recent WHO and PM’s announcements will help in reimagining Ayurveda and transforming it in the modern garb of ‘Standard Treatment Modality.’

On the face of a number of wrecks brought in by COVID-19, the one virtuous thing unsurfaced so far has come up – is the global recognition of India’s Traditional Medicine – Ayurveda basis its efficacy during the pandemic. In the difficult times when the ongoing race of finding a vaccine or medicine has not yielded any positive outcome, the ‘Traditional Indian Medicinal’ methods like turmeric, milk, Kadha have worked wonders in boosting immunity. And people across the world have experimented with the methods of Ayurveda with marvellous outcomes.

The efficacy and ingenuity of ‘Indian Traditional Medicine – Ayurveda’ has gathered momentum across the world prompting the WHO to set up the ‘Global Centre on Traditional Medicine in India’ and also to our honourable PM to announce two future-ready Ayurveda institutions – the Institute of Teaching and Research in Ayurveda (ITRA), Jamnagar and the National Institute of Ayurveda (NIA), Jaipur on 5th Ayurveda Day. These national and international charismatic endorsements will be instrumental in reimagining Ayurveda as one of the effective treatment modalities at par with the standard treatment modality.

Elated on the national and the international elevation and establishments of Ayurveda institutions, Mr Anand Shrivastava, Chairman, Maharishi Ayurveda, said, “The decision of WHO to set up a ‘Global Centre on Traditional Medicine’ on 5th Ayurveda Day is a historic step that will give a boost to the research and training and in inculcating an awareness of traditional and complementary medicine. It will also help the practitioners get updated with the latest researches in the field. The centre is supposed to aid WHO’s efforts to bring global harmonisation of practice, setting quality and safety standards, enabling the growth of Ayurveda, which have been in use for hundreds and thousands of years.”

Adding further, Mr Shrivastava, said, “And the simultaneous announcement of our honourable PM to establish two future-ready Ayurveda institutions in Jaipur and Jamnagar on the same day is like adding butter to the bread in reimagining Ayurveda and transforming it in the modern garb of standard treatment modality. These announcements will be pioneering in giving Ayurveda a new dimension.”

“Of course, Ayurveda by virtue of its holistic approach towards the treatment and cost-effectiveness has an edge in tackling the health problems. This system also has solutions for combating the psychological and emotional problems arising out of the pandemic. The recent moves of the WHO and the honourable PM of India towards establishing Global Research Centres for Traditional Systems of Medicines and Ayurveda Institutions is indeed laudatory. These bold decisions are the need of the hour to redefine the contour of Ayurveda in India. And, more so, due to the onslaught of COVID-19, Indians have learnt to emphasise on preventive healthcare rather than therapeutic. This shows that the time is ripe to leverage Ayurvedic expansion,” said, Ram Shrivastava, Director, Maharishi Ayurveda.

Amid COVID-19 pandemic, the primacy of health and well-being has increased significantly across the globe. However, in this computer age, we are losing our moorings in nature to an invasive technology and artificial way of life, which remains one of the greatest challenges to stay healthy. In the wake of the global public health emergency, the world at large has acknowledged that Ayurveda is one of the oldest and efficacious modalities of natural healing. Ayurveda’s efficacious characteristics in immunity-boosting during the pandemic establishes it — one of the greatest gifts of India’s profound spiritual and yogic culture. The latest announcements of the WHO and the honourable PM towards redefining Ayurveda are really path-breaking.

Mon Dec 7 , 2020
SRAM & MRAM Group, UK based conglomerate has signed a historic pact with Sufficiency Economy City Pte, Ltd. Thailand, (The Brand Owner of SKYMED) to enhance production and supply of PPE kits. It is a significant move as it will help both companies to emerge as a potential leader in […] 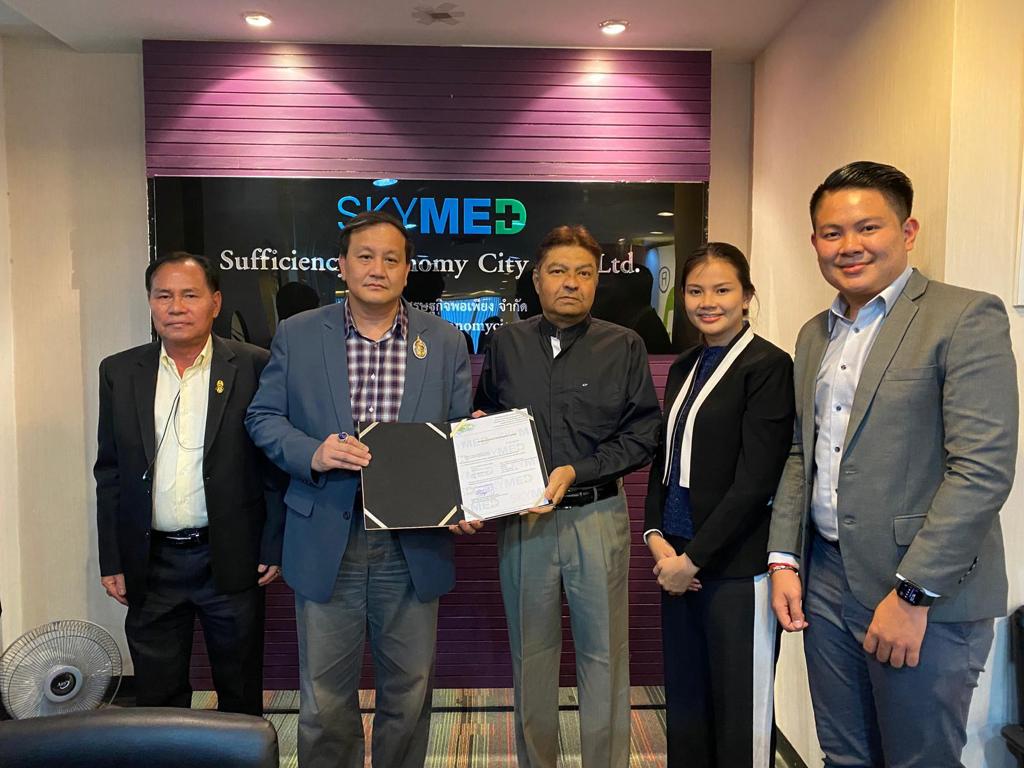