There has been a surge incases of a black fungus infection, Mucormycosis, linked with Covid-19. This infection has become a grave matter of concern, that requires prompt medical attention. Patients who already have underlying conditions, like diabetes, are more susceptible to the infection. Infected patients run the risk of losing their eyes, palate and even risk death, if not treated well in time. To save the lives of such patients, Global Hospitals, Parel has formed a Multidisciplinary Team (MDT) consisting of ENT, infectious diseases specialist, critical care, physician, and endocrinologist, who would jointly treat mucormycosis patients. The hospital has launched Mumbai’s first Mucormycosis clinic, to offer comprehensive and planned care for the patients.

The low immunity caused by the COVID 19 infection, along with diabetes mellitus made Mrs Shaila Sonar, from Dhule, interior Maharashtra, more susceptible to the rare and serious fungal infection, Mucormycosis. Mucorales is the largest and best-studied order of zygomycete fungi, which are sometimes called pin molds. This rare fungal infection destroys bone, invades blood vessels. It spreads aggressively from the nose to palate to the orbits and to the brain. In Sonar’s case, the fungal infection was present in her nose, paranasal sinuses, and palate. The infection was so aggressive, that even after four surgeries performed outside Global Hospital, it continued to persist. This led to the patient’s eventual consultation on December 19, 2020. A surgery along with appropriate anti-fungal therapy, followed. Sonar was operated on and half of her palate was removed in the process of clearing the fungal infection.  Her eyes were saved due to timely and precise surgical intervention. Post-operation, she underwent anti-fungal therapy and rehabilitation. 21 days after her admission, she was discharged.

Dr. Milind Navalakhe, ENT Surgeon, Global Hospitals, Parel said, “Mucormycosis is a fungal disease, that usually occurs in patients with a compromised immune status. I have treated a substantial number of diabetic patients with this fungal infection, even before COVID era. In the early 90s, only one to two patients would visit me for treatment of this infection. But in the last 25 years, per year 25-30 patients received treatment for it. Now, within 1-3 months of post-COVID recovery, around 50 low-immunity patients, with diabetes and on steroids, got this fungal infection.”

Dr Navalakhe added, “Unfortunately, it does not cause significantly different symptoms than a cold or nasal block. Initially, blackish discoloration on the inside of the nose and palate is seen. Hence, it goes unnoticed to an advanced stage. By the time the patients seek medical attention, it is already in the advanced stage called sinonasal mucormycosis. It mainly starts in the nasal cavity or paranasal sinuses, involving the nose. It then becomes rhino-orbital, wherein the eyes are involved. Eventually it becomes rhino-cerebral, with the involvement of the brain. Many of patients realize the need for medical intervention when there is palatal involvement. This harmful disease, usually starts in the sinuses and then proceeds to the eyeball, the palate, and the brain, causing destruction to the structure. This infection kills tissues causing necrosis. Treatment requires the removal of dead tissues and even the tissues surrounding it, to curb the spread of the infection.”

“Early diagnosis is imperative to start treatment early. Early debridement produces optimal results and prevent morbidity and mortality. It is also necessary to get diabetes under control to reduce the chances of the infection. To prevent the devastation caused by the infection, be alert and seek immediate treatment. Our newly launched clinic, will be a boon for the patients by diagnosing and treating them, ultimately helping to improve their quality of life,” said Dr Vasant Nagvekar, HOD – Infectious diseases, Global Hospital, Parel.

“After recovering from COVID-19, I felt pain in my eyes, had nasal blockage, headache, numbness around the face, nose, and teeth, and reduced smell. Initially, I ignored these symptoms, dismissing them as post-COVID issues. But slowly there was a change in my voice and breathing. I visited various medicos, but failed to get any relief. I thank Global Hospital, Mumbai, for saving my vision and life. My symptoms have disappeared, after the prompt treatment given by the doctors. I urge people to go for follow-up health checks on a regular basis, post-Covid,” said patient Shaila Sonar.

“As COVID compromises the immune system, fungal infections easily afflict elderly patients and those with comorbidities. We have set up a Multidisciplinary team to cull the infection at the root, by managing pre-existing conditions like diabetes. The MDT will conduct an all-round evaluation of the patient, taking timely steps to prevent the spread of the infection. The team of experts is also well-equipped to handle any complications and advanced cases of invasive fungal infections,” concluded Dr Vivek Talaulikar, CEO-Global Hospitals, Mumbai.

Spreading Wellness: ‘How can you maintain that fitness routine you’ve been wishing to have’

Wed Feb 10 , 2021
At GALF we get many queries about our clients suddenly finding their fitness routines boring and repetitive; causing them to get off track. Several individuals take up new year resolutions about hitting the gym every day, losing weight, building a set of abs but tell us that they aren’t able […] 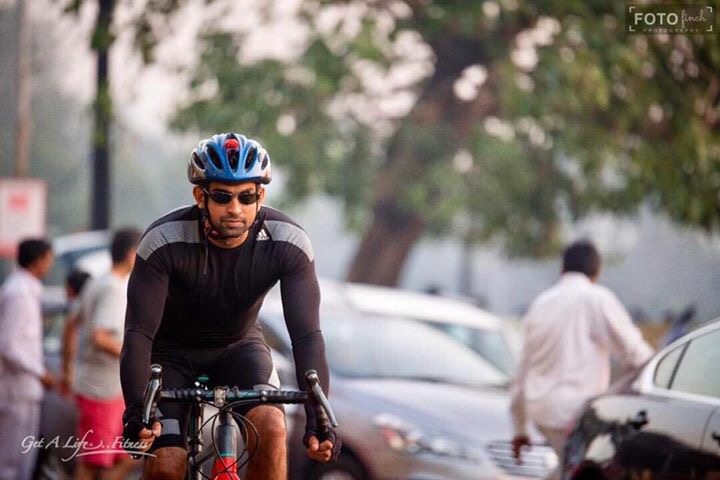