The pandemic is raging, people are running hither and thither, with no respite in sight. Corona has caused unimaginable damage to India. Be it in terms of the mounting casualties, the tarnishing of the country’s image at the global level, or the veil of despondency which has settled on the masses.

Unknown to most of us, the tremor of this earthquake is also felt by the NRIs. Though there is no data in place, showcasing the plight of the Indians sitting offshore. But for most of them, it is like a never-ending nightmare, as the horrors got unfolded in front of their eyes. A few of them have lost one of their family members, or a near and dear one is in the hospital battling for life.

Neetu Aggarwal residing in the UK shares, “We feel frustrated and guilty as hell. Many of my family members were infected at some point in time. And, we were unable to do anything for them. I remember there was a time, when a call from India, gave me anxiety attacks.  Also, it infuriates me when I came to know, for his second dose of vaccine, my father-in-law had to call at multiple places. He was told that get 12 more people to be vaccinated along with you, then only the pack will be opened. He went out to collect the required number of people, in order to get vaccinated. At least the Indian citizens deserve a hassle-free vaccination drive. The rampant corruption makes me feel helpless, angry, and vulnerable.”

This is not one of the cases but it is amongst the many. Payal Aggarwal from the USA lost her brother-in-law to the dreaded disease. She is filled with immense guilt for not being with her family in the hour of need.  She candidly confessed, “If given a chance I would turn the clock, when I took the decision to move overseas, leaving the family behind. I just want to tell everyone, we are not monsters, even we faced a deep dilemma and had to take some tough decisions. ”

In some cases parents and the rest of the family members, strictly prohibited their children from traveling back to India, citing the communicable nature of the disease. Also, the long wait at the airport, along with the mandatory quarantine is proving nightmarish to most. Families are forced to take harsh calls, which they haven’t imagined.

Also, frequent advice and restrictions doled out by the children, are adding pressure on the elderly parents. They already are stressed out at their end, but these instructions are making them irritable.

In Indian culture family always comes first, but the difficult times brought out an ugly face. Sons were not present to light the funeral pyre of their father. In few heart-wrenching cases, by the time brother arrived, the sister has already left for heavenly abode. Not attending the final rites of the loved one, can push anyone to the breaking point.

Not being there for their loved ones, in a time of need, is taking a toll on most of them. Few of them have developed health issues and are going for regular counseling. Disturbed sleeping patterns, long video calls with the family, searching for resources, is the constant reality for many of the NRIs.

But one of the sentiments which was common to all, they felt immensely betrayed by the Indian system. The past few years have invoked hope in them, they believed that the country is changing for the better, though the calamity buried it.

As predicted the world will definitely not be the same, after this pandemic. Many of us will have a different view towards life, our priorities will change, and few of us will emerge more forgiving or bitter as per the situation.

It is important to comfort our family members sitting overseas, try not to pass the fear and desperation to them. Also, share the safety measures followed by the rest of the family, to ease out the worry. At no point in time, push them into corners or force them into making difficult choices.

The need of the hour is to be more kind and show consideration towards each other. Remember the ones sitting overseas are equally affected by all the happenings. Be more human and don’t increase their guilt, by saying or doing wrong things.

Tue May 18 , 2021
With India battling the second wave of COVID-19, people of all ages are experiencing miasma, hopelessness and are unable to process the whirlpool of negative news surrounding them. Seniors in particular are feeling increasingly anxious and overwhelmed by the situation, and often tend to shy away from opening up about […] 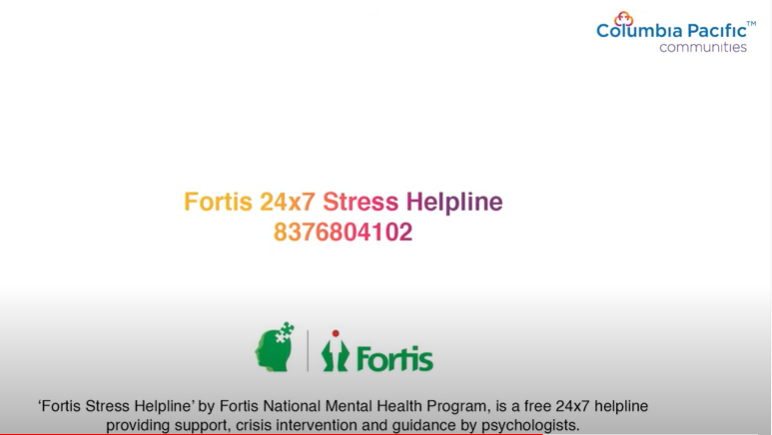